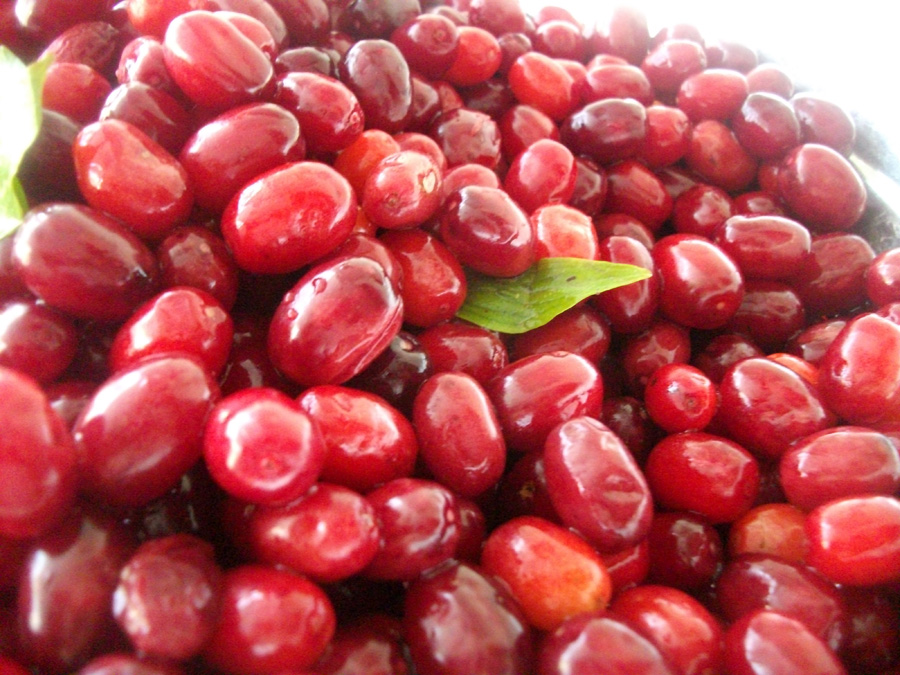 Cranberry for Prevention of Urinary Tract Infection?Time to Move On

The daily ingestion of cranberry products—juice or capsules—has been promoted as a means to prevent recurrent urinary tract infection (UTI) since at least the first half of the last century.1 In that preantibiotic era, acidification of the urine was a recommended treatment for UTI. Initially, cranberry juice was explored as an approach to treating UTI following the observation that it could lower urine pH. This is attributed to formation of hippuric acid through metabolism of the quinic acid present in cranberry juice. Later studies reported that the concentration of hippuric acid in the urine was insufficient for an antibacterial effect unless very large volumes of cranberry juice were ingested. Subsequently, some lectins (proanthocyanidins) present in cranberries as well as blueberries were reported to inhibit binding of the type 1 P-fimbriae of Escherichia coli to uroepithelial cells, preventing bacterial adherence within the urinary tract. This proposed mechanism for a beneficial effect of cranberries has not yet been shown to have a role in human infection.2 Even though many clinical trials evaluating the use of cranberry products for prevention of UTI have been reported, results have been inconsistent and the efficacy, if any, remains unknown after almost 100 years.

In this issue of JAMA, the report by Juthani-Mehta and colleagues3 adds another study to the extensive list of clinical trials that have evaluated the potential benefit of cranberry products for prevention of UTI. The authors conducted a randomized, double blind clinical trial enrolling 185 elderly women residing in nursing homes to evaluate the effect of cranberry capsules on clinical and microbiologic outcomes. During the 1-year study period, among the 92 women who received cranberry capsules (72 mg total, equivalent to 20 ounces of cranberry juice) compared with the 93 women who received placebo, there was no significant difference in the primary outcome of presence of bacteriuria with pyuria (adjusted rates, 29.1% vs 29.0%; respectively, odds ratio, 1.01; 95% CI, 0.61-1.66; P=.98). Among the secondary outcomes, there were no significant differences in symptomatic UTI (10 vs 12 episodes), mortality (17 vs 16 deaths), hospitalizations (33 vs 50 episodes), or of any other clinically meaningful outcomes for this population. As expected for elderly women residing in long-term care facilities, 31% of the study participants already had bacteriuria and pyuria present at enrollment. Sensitivity analysis suggested, among women without bacteriuria plus pyuria at enrollment, that there were no between-group differences in the presence of bacteriuria plus pyuria over one year.

Some important strengths of this study include the use of the objective laboratory criteria of bacteriuria plus pyuria as the primary outcome, and of restrictive clinical criteria requiring localizing genitourinary findings for identification of symptomatic UTI,4 the most important secondary outcome. The clinical ascertainment of symptomatic UTI in elderly women residing in long-term care facilities can be problematic. The very high prevalence of bacteriuria in this population means that the urine culture, while necessary for diagnosis, has no specificity for identification of symptomatic infection. In addition, symptomatic infection is often inappropriately diagnosed through attribution of nonlocalizing nonspecific symptoms—such as increased confusion, fatigue, or falls—to UTI in patients in whom a high prevalence of bacteriuria always exists. Previous studies in this population have often been compromised by inadequate description of clinical criteria for diagnosis of symptomatic infection or when a high proportion of symptomatic episodes are identified based on nonspecific symptoms. The current restrictive definitions for identifying symptomatic infection in noncatheterized long-term care residents applied in the study by Juthani-Mehta et al increases the likelihood of ascertainment of true symptomatic UTI and gives confidence that the results are valid and the observations meaningful.

Other clinical trials have evaluated the use of cranberry products in older women.5– 8 Two of these, including one by the same authors, also reported no benefits of cranberry capsules5 or juice.6 One study, enrolling primarily older women (n =158) in the community,7 reported a decrease in bacteriuria with pyuria in individuals receiving cranberry juice, but this observation was likely confounded by a substantially higher frequency of symptomatic infection reported in the 6 months prior to enrollment for the placebo group. A recent study of the efficacy of cranberry capsules8 reported a benefit for older women (n = 401) and men (n = 115) residing in long-term care facilities who were judged to be at high risk of UTI, when a nonprecise definition for symptomatic infection was applied. However, when the more restrictive definition for symptomatic UTI was applied, there were no differences between participants randomized to receive cranberry capsules or placebo. Thus, prior studies in this population have also reported no benefits with cranberry products or have methodological issues that may compromise the reported outcomes. The current study, together with the observations in previous reports, is convincing in supporting a conclusion that cranberry products given to women residing in nursing homes without indwelling catheters do not improve outcomes of UTI for this population.

Clinical trials evaluating the use of cranberry juice or capsules in other patients at high risk of recurrent UTI have also reported conflicting results. Studies have enrolled young women with recurrent acute uncomplicated UTI, children with complicated or uncomplicated UTI, patients with spinal cord injuries, and other groups. Some recent studies that are of high methodological quality also report negative outcomes. Barbosa-Cesnik et al9 enrolled 319 female university students following an initial episode of acute uncomplicated UTI into a clinical trial evaluating cranberry juice to prevent further symptomatic episodes. There were no differences in the number of women experiencing recurrent symptomatic infection between the 2 study groups during 6 months of follow-up. In a study of 221 premenopausal women in the Netherlands with both complicated or uncomplicated recurrent UTI,10 trimethoprim/sulfamethoxazole was superior to cranberry capsules for preventing UTI during 1 year of therapy, despite a prevalence of trimethoprim/sulfamethoxazole resistance of more than 70% in the gut flora of the antibiotic cohort. These studies in other populations also support the conclusion that cranberry juice or capsules are not effective for the prevention of UTI in populations of women characterized by a high frequency of recurrent UTI. This is also the conclusion of an updated Cochrane review evaluating cranberries for preventing UTI,11 which notes, “cranberry juice cannot currently be recommended for the prevention of UTI’s”—a difference from the recommendation of the initial Cochrane review of this topic published 6 years earlier.

Some recent studies have reported benefits with cranberry products. In one trial involving 160 women who had gynecological surgery, use of cranberry capsules was associated with a 50% reduction (19% vs 38%) in the proportion of women who experience a UTI within 6 weeks postoperatively.12 This was an impressive result, but reasons that the intervention should be so effective in these women but not in other populations are unclear. The study analysis was potentially compromised by high noncompletion rates (> 50%), and an imbalance in randomization with respect to the occurrence of patient risk factors, including specific operative procedures and postoperative use of intermittent catheters for voiding. Further critical evaluation in this or other highly specialized populations may still be warranted.

The continuing promotion of cranberry use to prevent recurrent UTI in the popular press or online advice seems inconsistent with the reality of repeated negative studies or positive studies compromised by methodological shortcomings. Any continued promotion of the use of cranberry products seems to go beyond available scientific evidence and rational reasoning. Some of this conviction is likely an interest of individuals or groups to promote the use of natural health products for clinical benefits, allowing avoidance of medical interventions and, potentially, giving women who experience recurrent UTI an element of personal control in managing their problem. The current emphasis on antimicrobial stewardship and limiting antimicrobial use whenever possible also may have some influence in the continued endorsement of cranberry juice or tablets as a nonantimicrobial strategy for management of UTI.

What should be the current view of the role of cranberry products for prevention of recurrent UTI in women? The evidence, further supported by the study by Juthani-Mehta et al in an important population, is convincing that cranberry products should not be recommended as a medical intervention for the prevention of UTI. A person may, of course, choose to use cranberry juice or capsules for whatever reason she or he wishes. However, clinicians should not be promoting cranberry use by suggesting that there is proven, or even possible, benefit. Clinicians who encourage such use are doing their patients a disservice. Recurrent UTI is a common problem that is distressing to patients and because it is so frequent and costly for the health care system. It is time to identify other potential approaches for management. This certainly must include a wiser use of antimicrobial therapy for syndromes of recurrent UTI in women in long-term care facilities. Other possible interventions to explore in this and other populations may include, among other approaches, adherence inhibitors or immunologic interventions. Intellectual discussions and clinical trial activity should be redirected to identify and evaluate other innovative antimicrobial and nonantimicrobial approaches. It is time to move on from cranberries.

Conflict of Interest Disclosures: The author has completed and submitted the ICMJE Form for Disclosure of Potential Conflicts of Interest and none were reported.